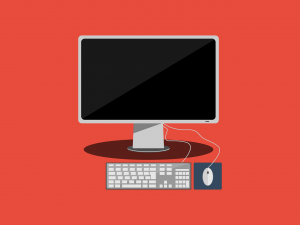 Should I purchase an all-in-one PC?

Basically, an All-in-one (AiO) PC is like a laptop that you use at your desk. These units are self-contained; there is a display along with all of the PC hardware backing it all in a slim and sleek package. Many of the leading manufacturers such as Lenovo, Microsoft, Dell, and ASUS product AiO PCs. However, you may be wondering why you would want to get one instead of just getting a separate monitor and standard desktop. The following are pros and cons to purchasing an AiO PC so that you can make the final determination on whether to buy one or not.

Pros of An All-In-One

It is easier to transport an all-in-one PC.

Usually, desktop PCs have to remain in your home or office since it can be a really big hassle to transport the tower, monitor, peripherals, and cables.

However, if an AiO PC needs to be transported, usually you just have to move around one unit and a cable. If that AiO has a touchscreen then you won’t need to carry any peripherals with you, such as a mouse and keyboard.

Although it is easier to transport an AiO PC than a standard desktop computer, you still will want to get a laptop is you are somebody who is on the move a lot more than being in one place most of the time.

Less space is taken up by an all-in-one PC

AiO PCs continue to get slimmer on a daily basis, practically to the point where you might think one was a regular monitor. However, the inside contains all of the hardware that is necessary to operate the computer. Whether you have just a small area inside of your house, need to have a multi-PC set and would prefer to not have two to three towers surrounding your feet, or if you have lots of PCs in an office, getting rid of the attached towers that a standard desktop PC comes with will free up lots of space for you.

In an office setting, it is also nice to not have a lot of cables that attach monitors to towers which makes everything look a lot better to any prospective customers who visit your office.

A touchscreen experience can be provided by all-in-one PCs

Over the past couple of years, touchscreens have definitely progressed a lot. They are now featured by many Windows AiO PCs and laptops. The touch feature is excellent for design and artwork, particularly if you have something such as Microsoft Surface Studio which offers pen support.

There are also Windows 10 apps that work better using a touchscreen, and with a pen in particular. If you have used a tablet for any length of time and would like to upgrade to a PC, then an AiO that has a touchscreen with it will be familiar to you immediately and you won’t miss any additional functionality with the change either.

It is easier to set up an all-in-one PC

Not everybody is comfortable around a PC computer. They might have only used Apple products to this point or may haven’t ever learned to become familiar with the way that a PC works. If you are shopping for your first ever PC, then the simplicity of the AiO might be something that is attractive for you.

To set one up, you just need to plug it into the power outlet, and then turn on the power button. After that, just watch for Windows 10 to boot. Although a pre-built desktop PC is not much more difficult to get set up – you will need to plug in the monitor, speakers and other cables – so for new users, it is a good option.

PCs that come in several different pieces that need to be put together probably will be over the head of somebody who hasn’t spent much time around a PC’s hardware. So the bottom line is, if you are new to PCs, nothing is more simple than an AiO. 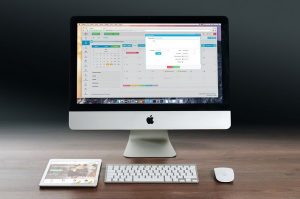 Cons of An All-In-One

AiO PCs are attractive and compact however, it is usually a lot more difficult to tinker with one if you are even able to get into it. Many times, the hardware that is located inside is either unreachable or soldered down. On the other hand, a regular desktop tower can be opened and has plenty of space inside of it. Usually, you can move around the hardware as much as you want.

Why would you want to tinker with a PC to begin? Maybe a hardware piece fails, like one of the USB port. With a standard desktop PC, those things can be repaired on your own if you have enough knowledge. However, with an AiO PC, you may go against your warranty or it may be impossible to get to the failed piece. In this case, you will have to send the whole unit in to be repaired and you won’t have your PC to use. That can be particularly frustrating if your display fails since you can continue to use a standard desktop PC while your monitor is being repaired or replaced.

It is more difficult to upgrade an all-in-one PC

Hardware for PCs is constantly being improved. Even when you purchase a PC that has the highest quality parts, it most likely will become dated within a couple of months or even sooner. Since a computer is an important investment, it can be difficult to reconcile the fact that the device that you spent a ton of money on isn’t the best that is available any longer.

To combat the problem of hardware becoming obsolete so quickly, you can easily upgrade standard desktop PCs. The tower can be opened, and the old hardware can be taken out and you can, for example, pop in a new graphics card that you just purchased.

Most AiO PCs don’t work that way. You don’t have much room to work with. Even if you were able to get inside of it and get the old hardware taken out, you would need a really special piece that exactly fit to put something new in. That also restricts what hardware can be placed inside of an AiO computer.

Along with the hardware upgrade restrictions that we just discussed, you also can only use one display for the AiO PC’s life, unless you put the AiO on the floor or on the side of your desk and then connect an external monitor to it.

It may seem like your AiO’s built-in display is a good fit at the moment, but what if you want something with a higher resolution or something bigger? Another complication is when there is a problem with the display. Rather than just purchasing a new monitor, you will need to either purchase a completely new AiO PC or have the whole thing repaired.

When purchasing an AiO, usually it is something that a specific company is putting together and branding. That means it will cost more compared to if you were to purchase separate hardware pieces and assemble it all on your own.